In March 2014, six enterprising teenagers founded CH3, a youth chapter of Children’s Hope India, in hopes of making a difference in the community. Their first goal was to raise $3,000 to send two local homeless children to a summer day camp.

Four months and three fundraisers later, the girls have not only met their goal, but far surpassed it. They were able to raise over $12,000 and will be sending three kids to the eight-week Young People’s Day Camps this summer.

Assemblyman Michael Montesano presented the girls a citation commending them on their fundraising accomplishments. 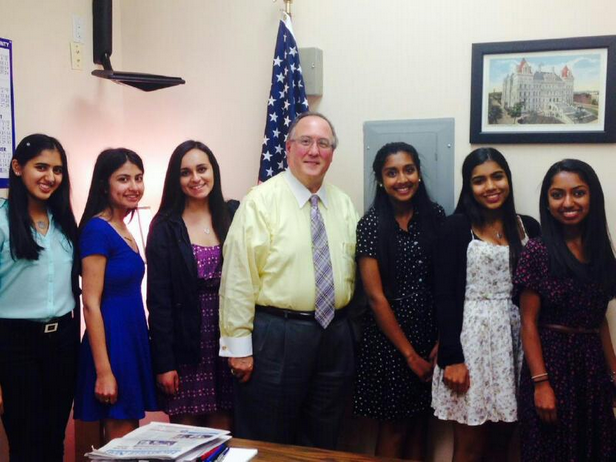 “Generally when we have people doing not-for-profit work, it’s adults. But you’re all so inspiring. Thank you for the work you do, and the energy and vibrance you have,” he said.

The girls say that having such a successful first project has only inspired them to continue helping others.

“It helps us feel a lot more secure because we’ve done so much already. I feel like we can do anything now as long as we’re determined and come together,” says Hicksville High School’s Annamaria Zisimatos.

“This shows how much potential we have to do so much more,” says Sani. “We’re hoping to help donate school supplies and maybe do the camp again. We just want to help in any way possible.”