‘Compassion’ is a word not often used by CEOs and powerhouses of the corporate world but this was the secret mantra, the secret sauce handed over to young aspiring entrepreneurs and would-be taipans by Chandrika Tandon, a woman who’s scaled the heights of success.

On a recent evening in Manhattan, 50 young Indian-American professionals left their hectic jobs in the frenetic city and gathered at Harvard Club to hear Tandon, a business leader who has created a rich, fully dimensional life by caring for the larger world.  She said, “If I had to rewind my life, I would add more compassion to it. For me, it’s become almost a meditation. I try to apply it in everything I do in my life.  It really changes the way you think about people, how you spend your time. It changes relationships within the family and it changes the relationship with yourself. This  feeling of compassion allows you to give completely of yourself.”

Tandon, who is the founder of Tandon Capital Partners and a Grammy-nominated artist, has been a strong force in the business, academic and music worlds. She is being honored this year by Children’s Hope India at its 25th year anniversary gala on October 28, 2017.

This Cocktails and Conversation Event was a small informal event organized by CHI’s junior board CH2 through which young professionals get started in helping the less privileged and creating a future for them through education.  CH2 members help create awareness, and raise funds by holding events to educate young professionals about its mission and encourage them to volunteer. In the past, CH2 members have raised funds for lighting up several villages in India, contributing solar panels and lanterns.  They have also partnered with a renowned eye institute to expand screenings and corrective procedures for children in rural India. 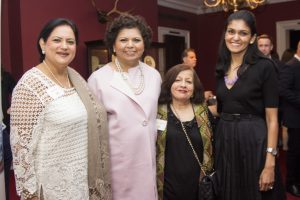 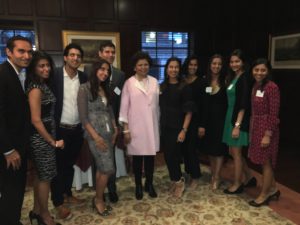 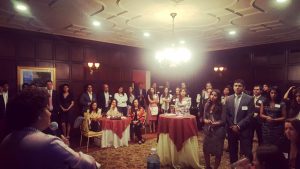 Tandon was the perfect person to mentor them as she is passionate about working for a better world. As she says, by educating a child, “You don’t transform one person’s life – you transform generations.”

Education was highly valued in the simple middle-class family that she grew up in Chennai but it was also hard-won. As the first daughter in a conservative Brahmin family, she recalled that her mother always had an arranged marriage in mind for her, gathering stainless steel utensils for her eventual trousseau right when she was sixteen.

She was one of only eight women in IIM Ahmedabad, the top business school of India, and at that time an all-male bastion.  Her first job was with Citibank in Beirut during the civil war.  She remembered  that a movie theater she and her friends went to was destroyed the very next day.

When she came to America to interview for McKinsey & Company, she had no American degree and no green card. She did not even own a western outfit!  She interviewed in a sari and chappals.  Yet within a few years she became a partner at McKinsey and Company.

Her reverence for education as a game-changer has made her take an active role in higher education. Tandon is Vice Chairman of the Board of Trustees of NYU, Chairman of the NYU President’s Global Council, and Chairman of the NYU Tandon School of Engineering, to which she and her husband donated $100 million,  a donation believed to be the largest philanthropic gift by a member of the Indian-American community.  Their commitment to education also extends to leadership faculty chairs they have established at the Harvard Business School, Yale, IIMA and Madras Christian College in India.

It was inspiring for the young professionals to learn that business, arts and philanthropy can all be accommodated in a balanced lifestyle. Tandon who serves on the Board of Trustees for the Lincoln Center for the Performing Arts and the President’s Advisory Council for the Berklee College of Music, has been recognized as one of Billboard’s Top 40 Women in Music. She has opened new worlds for students through the Berklee Tandon Global Clinics in India and this is soon to be extended to other parts of the world. 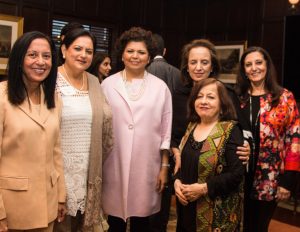 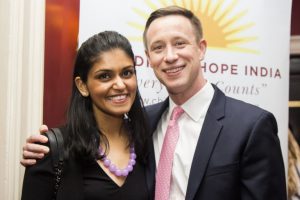 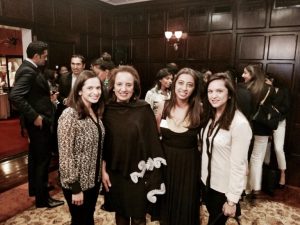 Music and spirituality have been the twin graces of Tandon’s life, be it starting the day with pranayam or creating a musical choir for seniors at the Hindu Temple Society of North America. She has also founded the Hindu Community Outreach Initiative for youth and seniors, donating buildings and program support for after-school classes, health and community building.

She is a Grammy-nominated musician, whose albums of chants have transformed many people’s lives and for her, are a continuous journey into the light. Her fourth album, Shivoham the Quest, which is a contemporary oratorio will be released in early September. The album is a collaboration of over 200 world-class musicians across four continents, recorded largely in London, and mixed in New York.

Tandon is a big believer in intense meditation:  “It was part of figuring out myself – the power of spirituality is understanding one’s role in the world. Once you can control your mind, there is no limit to what you can accomplish.”

She told her young audience to do, to create action. “My own  journey has helped me redefine my concept of perfection – many birds in the forest can sing sweetly even if they are not all nightingales…. we have to honor them all and it does not compromise excellence.”

Her parting words of inspiration: “The world is there for you to conquer. You are braver than you think; you are stronger than you feel. You just have to believe in yourself.” 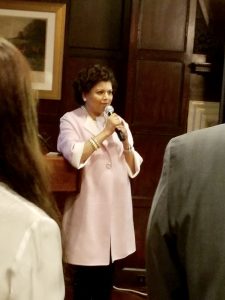 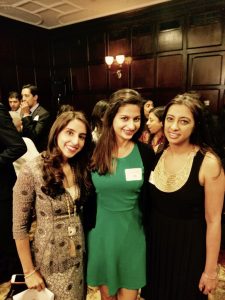 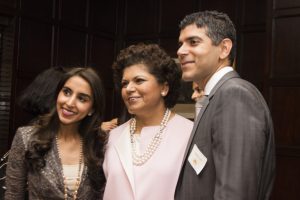